A transatlantic digital agenda should be top priority for the new Administration. And it’s up to Europe to make the case. 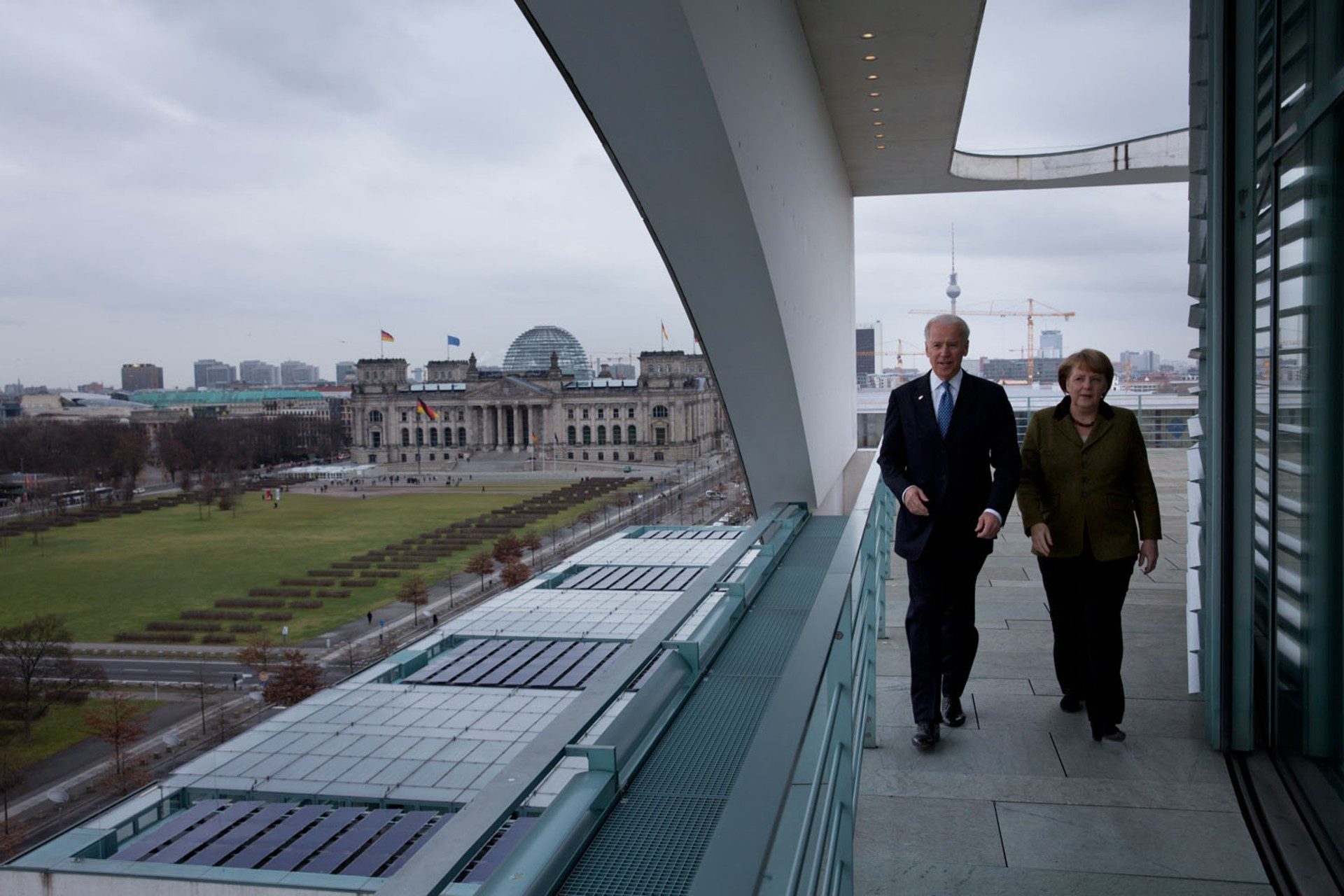 A transatlantic digital agenda should be top priority for the new Administration. And it’s up to Europe to make the case.

With Joseph Biden now de facto President-Elect, Europeans are for the most part breathing a sigh of relief. Congratulating Biden and his running mate Kamala Harris, German Chancellor Angela Merkel called the “trans-Atlantic friendship” indispensable. Norbert Röttgen, head of Germany’s foreign affairs committee and candidate for Chancellor, called the election a “moment of relief and joy,” but later added that a Biden presidency won’t solve Europe’s problems. Others, like French President Emmanuel Macron, emphasized how much work needs to be done.

Though Germany was frequently a target for President Trump’s ire, the European Union as a whole often came under fire too, with Trump at least once going so far as to call it a “foe.” For many in the EU, therefore, a Biden administration presents a chance to restart the relationship. To be sure, Biden himself has said that restoring stability to the transatlantic alliance is important. But Europeans would be wise to not take a more welcome and open approach from a Biden White House for granted: the new administration will have a long list of priorities.

With the Senate potentially remaining in Republican hands, implementing ambitious domestic policy will not be straightforward. The good news is that in foreign policy, American presidents have a comparatively free hand. Biden comes into the presidency with almost fifty years of experience and a known set of views on these matters. The outlines of his agenda are clear: climate change, democracy promotion, and China.

Europe will have to find ways to make itself a valuable partner to the United States on these top priority issues. But it also has an opportunity to lead on tech policy — an issue that is often overlooked but where Europe has taken a decisive leadership role already. Establishing a digital domain rooted in democratic values and principles should be a top priority for a reinvigorated transatlantic alliance. And Europe should work to bring the US along with its ambitious agenda.

Getting technology right will affect many other outcomes. How democracies are able to harness emerging and new technologies such as artificial intelligence and quantum computing will also shape the relationship with China and our ability to better address the disruptive effects of climate change. Ursula von der Leyen, president of the European Commission, has said that this will be Europe’s digital decade. But for that ambition to become reality, Europe will have to work closely with the United States, which is still the global leader in innovation, to ensure that democracies can keep a competitive edge over China’s growing digital authoritarianism.

Unlike in other foreign policy areas, where the Biden campaign has elaborated concrete proposals, priorities on digital issues, emerging technology, and broader tech policy remain more ambiguous. This is an opportunity for Europe. The EU plans to unveil omnibus legislation to regulate everything from data use to e-commerce to harmful online content by the end of the year. This regulatory effort will have profound consequences for many US tech companies, some of which have lobbied extensively against some of the proposed provisions. The Europeans will also likely double down on a vision of “digital sovereignty,” which, some fear, would contribute to a fragmented “splinternet,” an outcome that ultimately benefits both Russia’s and China’s vision for control over information in the online space. Recent European court rulings have already put data sharing between Europe and the US at risk. Some of these EU-driven efforts could deepen divisions in the alliance, rather than building closer collaboration. For these reasons, the EU should focus on getting the incoming administration on board with a transatlantic digital agenda that the US can get behind rather than going at it alone.

With many priorities competing for policymakers’ attention, it will be easy to dismiss finding a common tech policy as something best left for the future. Not so. We have already seen how technologies can simultaneously contribute to and undermine democracies, from empowering activists to organize against authoritarian regimes, to allowing autocracies to spread disinformation abroad on social media while surveilling citizenry at home through facial recognition technology. And there is much more to come.

Europe has an opportunity to lead the transatlantic community on the digital agenda. It should seize it.