We have to confront Russia — let’s do it now and save Ukraine. 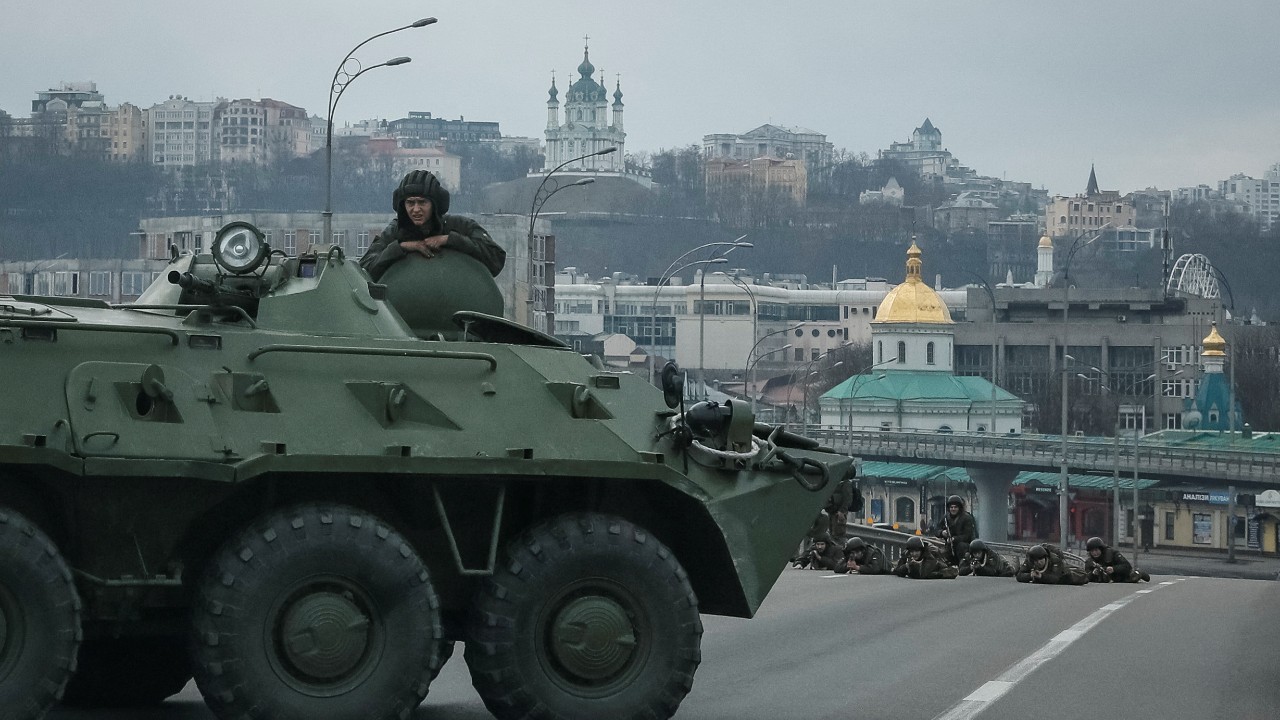 Imagine a game of tennis in which one player always serves. That is the way east-west relations work. Again and again, Russia takes the initiative, leaving the West scrambling in response.

Sunday’s nuclear saber-rattling by Vladimir Putin exemplifies this. We are back to the Cuban Missile Crisis of 1961 — but with the gnomic, ranting figure of Putin as the adversary, rather than the irascible, brutal but fundamentally rational Soviet leader, Nikita Khrushchev.

The stakes could hardly be higher: not just the risk of a nuclear apocalypse, but Putin’s stated desire to overturn more than four decades of peace-building. The rules-based consensus that began in Helsinki in 1975, entrenched in the Paris Charter of 1990 and elsewhere, is in shreds. Putin’s aim is a neutral, demilitarized buffer zone from Norway to the Black Sea. That is the thinking of the 1930s. It means war in Ukraine now — and if Putin succeeds there, somewhere else next. Potential targets include Central Asia, Moldova, Georgia and — most crucially —the Baltic states.

If we wait, we again hand the tennis serve to Russia. The Kremlin will choose its demands, and the time it issues them. Most deadly for the Western alliance, and therefore most attractive to the Putin regime, would be military pressure for a land bridge to Kaliningrad, across the narrow Suwa?ki corridor that links Poland and Lithuania. That would have seemed all but unthinkable only a few months ago. But so too would a full-scale, unprovoked invasion of Ukraine.

The Baltic Sea region has some advantages, such as Poland’s military mass, the high-tech arsenals of the Nordic countries, and the great resilience and determination of the Baltic states. But there are difficulties too, particularly the topography: Estonia, Latvia, and Lithuania are inherently hard to defend. There are few natural barriers to slow an invader and nowhere to retreat to. These constraints place a great burden on the alliance’s wider deterrence, embodied in Article 5. If you attack one NATO member, you attack all of them and must expect a commensurate response.

I trust that guarantee. But I would prefer not to test it. Russia may choose its next provocation at a time when the alliance is under great strain for other reasons: a Western conflict with China, perhaps, or a distraction such as a US Presidential election, or an isolationist president.

In short: the choice is between defending small NATO allies with difficulty later or defending a much larger friend — Ukraine — while we still can.

I would choose the latter. One advantage is that we still have functioning Ukrainian state as a partner and potential ally, with its 40m people and in control of territory larger than France.

The other is that the West is incensed and united as never before. The western public’s shamefully sketchy mental map of eastern Europe has been coloured in, mostly in vivid, blood-red shades. That is the result of Ukrainians’ astonishing bravery and determination, which has slowed, possibly halted, and maybe even reversed the Russian advance. Decisive intervention now can make a real difference and could send the Putin regime into a tailspin.

For all the daunting risks, therefore, I think it is time that we seized the ball and belted it towards Moscow. That means not just economic sanctions, but overt military support: equipment, ammunition, logistics, intelligence, airlifts — and volunteers. Behind the scenes I would go further, disrupting Russian aggression with clandestine operations by special forces and offensive cyberattacks.

It is risky. But delay spells defeat. We are bigger, richer, and stronger than Russia. Putin knows this. We sometimes forget. We should remember — and act accordingly.