Europe Leads in the Race to Curb Big Tech’s Power

Europe is readying to reign in digital gatekeepers. On December 14, the continent’s Parliament passed the key Digital Markets Act. The key challenge ahead is to enforce the new prohibitions on Big Tech. 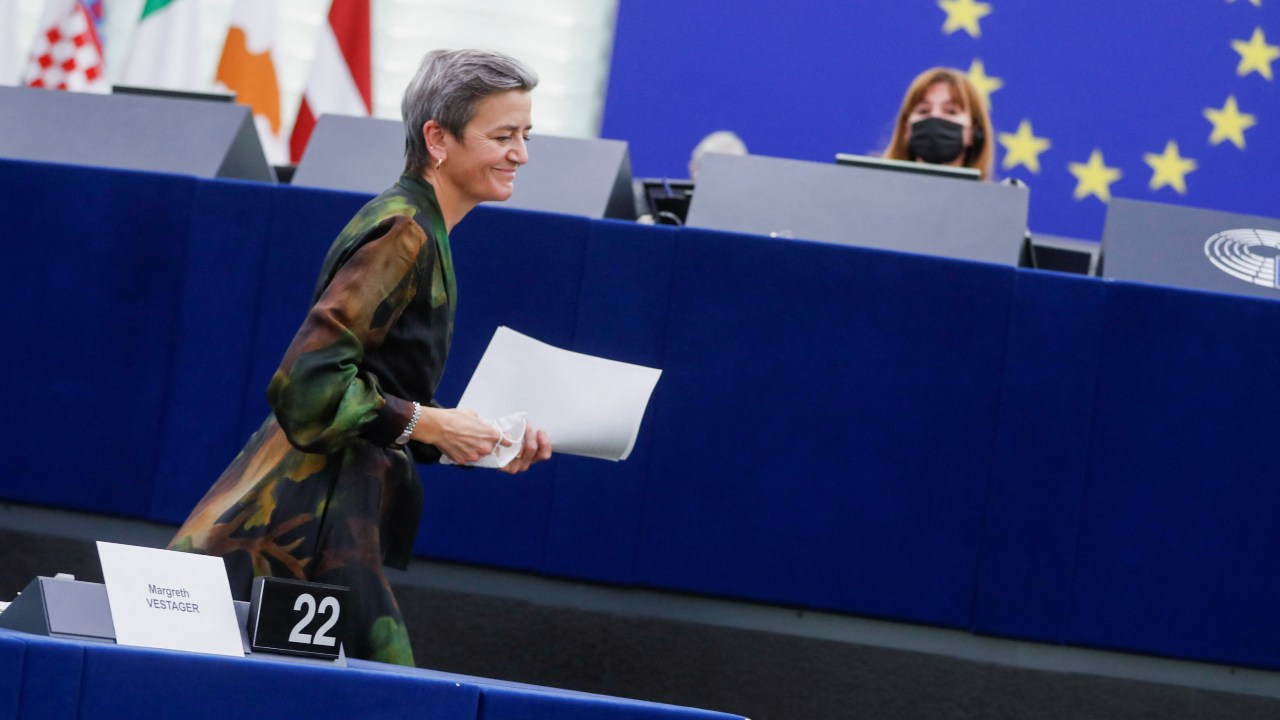 Europeans across the political spectrum support strengthened regulation to curb the power of large Internet platforms. A total of 642 parliamentarians voted in favor of the DMA, with only eight votes against and 46 abstentions.

Final approval of the new law seems certain in 2022, after negotiations with national governments, the European Parliament, and the European Commission. For European proposals, this path to law represents almost record speed.

Under the parliament’s version of the DMA, regulators enjoy the powers to block “killer acquisitions” — when tech companies buy up innovative startups — tighten restrictions on targeted advertising, open up Google and Apple’s online app stores, and impose other measures designed to blunt market leaders’ network effects.

Violations could be punished with whopping fines: up to 20% of annual revenue.

In the US, the Biden administration shares many of the same concerns about Big Tech’s power and is contemplating breaking up some of the most powerful internet platforms. Yet such measures will likely take some time — if ever — to come into effect.

In contrast, Europe’s DMA establishes immediate obligations for so-called gatekeepers, with break-ups only on the cards if the gatekeepers fail to comply.  Once a platform is identified as a gatekeeper — the criteria remain under debate — it must comply with the strict set of rules.

Take, for instance, interoperability. An upstart Messenger such as Signal would receive the power to link with Facebook’s dominant WhatsApp and its estimated two billion users around the globe. End users will receive real choice — they could select their preferred messaging provider and still connect with people who use alternative providers. If this measure is applied to Facebook, WhatsApp’s grip on the market would be weakened overnight.

Apple will lose its anti-competitive grip on its App Stores. Consumers will be free to download apps outside of the platform control and avoid transaction fees. This freedom is much broader than the Epic Games’ US lawsuit, which did not include a finding that Apple’s App Store was a monopoly.

Open questions remain to be answered. They include the scope — which companies will be considered gatekeepers and which of their services will be considered key platforms facing restrictions? The parliament version mandates a threshold of an annual European turnover of at least €8 bn, and a market capitalization of €80 bn. This includes only a few largest platforms, mostly American, starting with Google, Apple, Facebook, and Amazon, and perhaps a European company such as Germany’s SAP.  European governments may insist that this list be expanded.

Another key question around the DMA is how the obligations will be enforced. The tech companies argue that their business models are different — Amazon is a retailer, while Google is a search engine — and that the restrictions should be tailored to their individual business models. Potential gatekeepers have been calling for a regulatory dialogue that would specify obligations for each company and they want this dialogue to take place behind closed doors.

European policymakers look set to reject such drawn-out dialogues, fearing that the gatekeepers will drag out the restrictions on their behavior and dilute them.

Transparency is crucial. Consumer organizations and competitors affected by gatekeeper power, such as tech startups, deserve a seat at the table, as both witnesses and contributors to the debate, in ensuring that the DMA is properly enforced. Consumer organizations and Big Tech competitors should have the right to sue Big Tech if it fails to comply with the DMA. Such private enforcement is crucial, even if Big Tech objects that it could lead to a slew of lawsuits.

Sufficient resources must be allocated to enforcement. The European Commission only has 80 staffers devoted to enforcing the DMA. Additional staff can of course come from national European regulatory agencies. But the Commission’s own capacities should also be increased. By some estimates, up to 600 new hires will be required.

Speed is crucial. Traditional antitrust enforcement is slow — the antitrust cases against Google have stretched out for more than a decade, with inconclusive results. Europeans believe that digital monopolies need to be tackled before they do future harm.

The US needs to be careful. US Commerce Secretary Gina Raimondo has criticized the DMA for “disproportionately [impacting] US Tech.” But her attack only has increased European determination — a group of European civil society groups responded to her in a letter, which reads: “Opposing regulation of these monopolies at home or abroad does not serve the people or economy of the United States.  It merely protects the power and profits of a small handful of companies.”

The EU enjoys an opportunity to become the global leader in limiting the power of Big Tech — while the US twiddles its thumbs. It must not lose this opportunity.

Max Bank is a researcher and campaigner at LobbyControl, based in Cologne and Brussels.