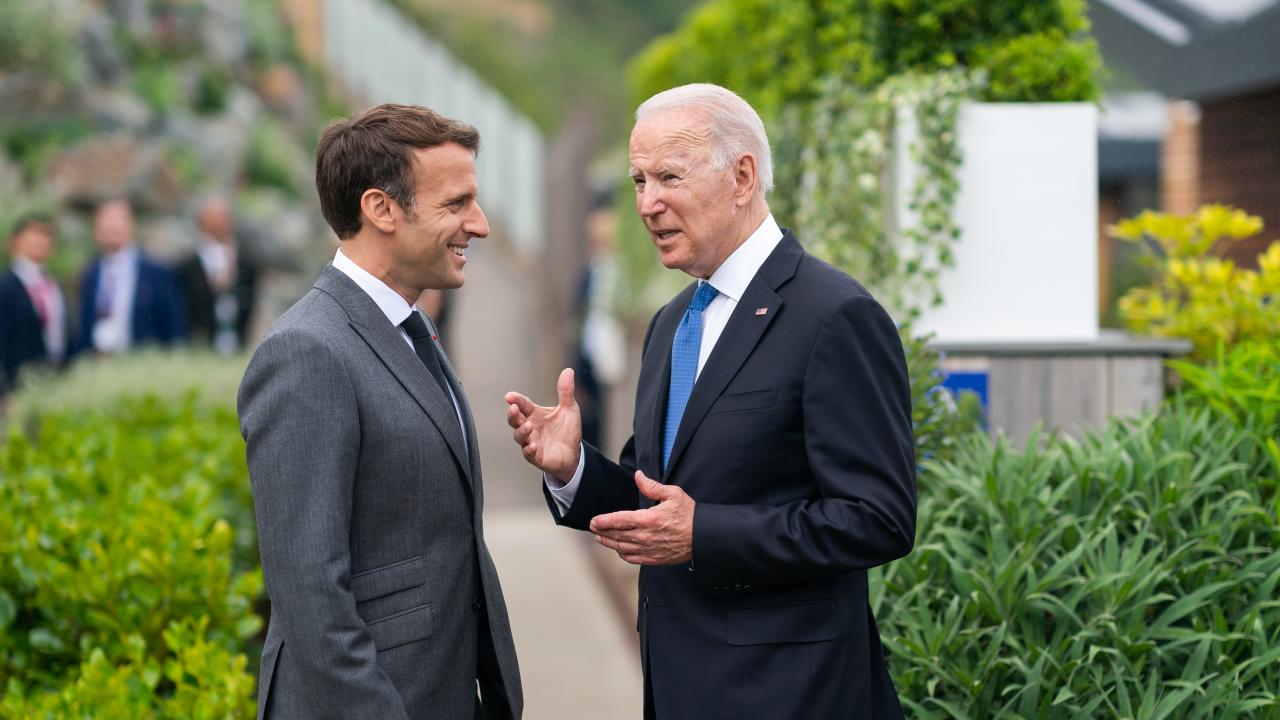 Hauling the car out of the ditch is one thing. Working out where to drive it is another. And it would also be useful to work out who crashed it. That, in short, is the story of the Biden-Macron summit. The US administration has apologized for blindsiding France in its deal with Australia and the UK over nuclear submarines. It has acknowledged that France (more than Britain, it implies) is an important partner in the Indo-Pacific region. In return, France has calmed down and agreed to cooperate with the US on European and transatlantic security issues.

The joint statement after last week’s presidential summit is packed with generalities and buzzwords: deterrence, resilience, solidarity, stability, and the “full range of modern threats”. It makes a welcome mention of the need for the alliance to retain nuclear weapons (that is a coded message to Germany). It gives some verbal American support to France’s pet project, European defense. And it endorses better NATO-EU relations. It hints that French arms exporters (a vital part of that country’s political landscape) may find life a little easier.

Support for business as usual is welcome. “NATO allies agree that NATO should be credible” should not be headline news. The US attitude to European defense has always been muddled, with calls for European allies to spend and do more, coupled with opposition to anything badged as “European”. Given how little EU defense policy so far amounts to, it is hard to object to it very strongly.

But what will all this mean in practice? What about Ukraine? The Black Sea region? The Western Balkans? What the communique calls “the deteriorating security environment in Europe” stems partly from German irresponsibility, partly from Brexit, partly from American inattention and partly from — admit it — Emmanuel Macron’s fondness for grandstanding. That included wilfully freezing Albania’s and North Macedonia’s move towards EU membership, and a doomed, egotistical attempt to establish a personal rapport with Vladimir Putin. That culminated in a Franco-German attempt to hold a summit with the Russian leader, despite his failure to meet any of the previously agreed conditions. Countries that live in Russia’s shadow simply do not trust the French leader. He has done nothing to prove them wrong.

To change that, France could start trying to make NATO work properly. It should stop interfering with NATO’s decision-making and undermining the authority of the secretary-general. Even better would be French help on NATO’s upcoming strategic concept, which should be the framework for future defense and deterrence. The danger is that divisions in the alliance make this into a vapid political declaration, rather than a useful basis for military planning. President Macron could take Putin off his speed-dial and start talking to other countries’ leaders instead.

France can help inside the EU too. It can accelerate the slow process of spine-stiffening on China, for example backing the idea of a 27+1 summit.  This would involve Europeans talking to Xi Jinping from a position of relative strength, instead of in the divide-and-rule formats that the Chinese Communist Party prefers and cultivates.

Damage control is all very well. But remember the car crash. President Biden seemingly had no idea that the Australia deal would annoy the French so much. But why? Did the people in charge of dealing with European allies not know what was going on? Did they not understand it? Or were their warnings not heard? Given how heavily European security relies on the United States, it is important to know what went wrong, and what is being done to fix it. The next blunder may be harder to patch up.