Christians are at the forefront of the protests against election-rigging and misrule in Belarus. But the country’s biggest church is doing little to help them. 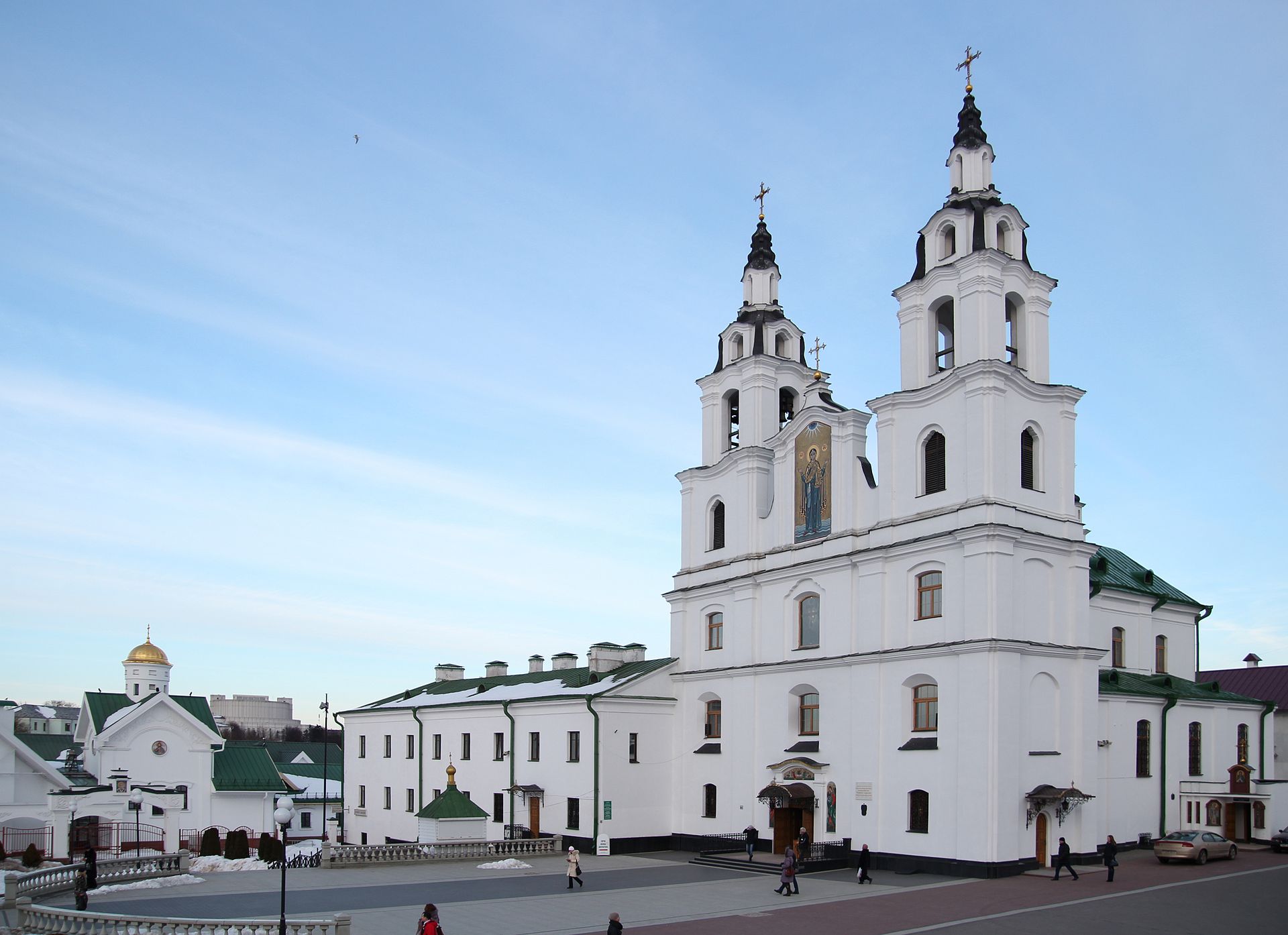 Christians are at the forefront of the protests against election-rigging and misrule in Belarus. But the country’s biggest church is doing little to help them.

The hierarchy of the Belarusian Orthodox Church, an exarchate of the Moscow Patriarchate, stands firmly behind the regime of Aliaksandr Lukashenka and shuns the demonstrations. “It is better for us to be silent, waiting for the Lord to reveal his will,” said Metropolitan Benjamin in a homily distributed early this month. He has his job after the Moscow authorities removed his predecessor for mildly criticizing police brutality. Parish priests who have spoken out also risk demotion or transfer.

With the affiliation of (at least a nominal) three-quarters of the population, the Orthodox Church helps the regime cling to power, for now. But the result is to deplete the church’s authority and to boost its rivals. The local Roman Catholic Church, though one-sixth of the size, has filled the gap. Its landmark Red Church in the heart of Minsk is a focal point for the opposition. Tadeusz Kondrusiewicz, the 74-year-old Catholic bishop, is in exile after saying that the beatings of protestors were a “heavy sin on the conscience of those who give criminal orders and commit violence.” The Papal Nuncio (ambassador) is one of the few Western envoys in Minsk trying to be nice to the regime but to no avail.

It is a similar story in Moldova, where the local Orthodox Church’s pro-Moscow stance means that patriotic-minded parishioners in that country increasingly look to the Romanian Orthodox Church instead. (Most of Moldova was in pre-war Romania.)

The Russian Orthodox Church’s clout is diminishing because it is misused. In 2019 its servile support for the Kremlin’s attack on Ukraine created a new united and independent Ukrainian Orthodox Church, under the Ecumenical Patriarch in Constantinople (Istanbul). Russians scoffed, but world Orthodoxy – most recently, the Church of Cyprus — has steadily moved to recognize the new Ukrainian Church. Church leaders in Jerusalem, Albania, and Romania are expected to follow suit.

The Moscow patriarchate seems to have adopted the heavy-handed approach of the Kremlin when it comes to foreign policy. It severs relations with churches that recognize the Ukrainian church – a recipe for isolation, not victory. It is running an aggressive campaign in France to take control of buildings built before the 1917 revolution, such as the Saint-Nicolas-and-Alexandra church in Nice. That echoes an earlier, bitter row over the Russian Orthodox Cathedral in London.

The wasted opportunities here are terrible. Russians inherited a lot of problems from the Soviet Union. But they also had a huge, if battered birthright. Freed from the distorting shackles of Communism, and with a safe seven decades distance from the brutality and incompetence of the Tsarist empire, optimists hoped for a glorious renaissance for Russian culture — and spirituality, thanks to figures such as the inspirational dissident priest, Alexander Men.

Those dreams have faded. Russia produces blockbuster films and pop music, but even Kremlin cheerleaders could not call it a cultural superpower. Indeed, in many countries, the Russian language and the Cyrillic alphabet are in headlong retreat. On the spiritual front, Father Men was murdered in 1990 (his ax-wielding assailant was never found) while the Russian Orthodox Church became a cesspool of corruption and Kremlin cronyism; a vector for worldly power. It enjoys extraordinary wealth and political connections, especially inside Russia. But elsewhere — even in brotherly Belarus — it is in retreat. Its leaders might want to refresh their memory about Mark’s gospel, chapter eight, verse 36: “What shall it profit a man if he shall gain the whole world and lose his own soul?”

Photo: Church of All Saints in Minsk, Belarus on October 14, 2018. Credit: Wikimedia Commons