At a meeting of EU leaders, Bulgaria today blocked the start of North Macedonia’s accession talks over an arcane dispute concerning language and history. It’s a bad decision that could have lasting consequences. 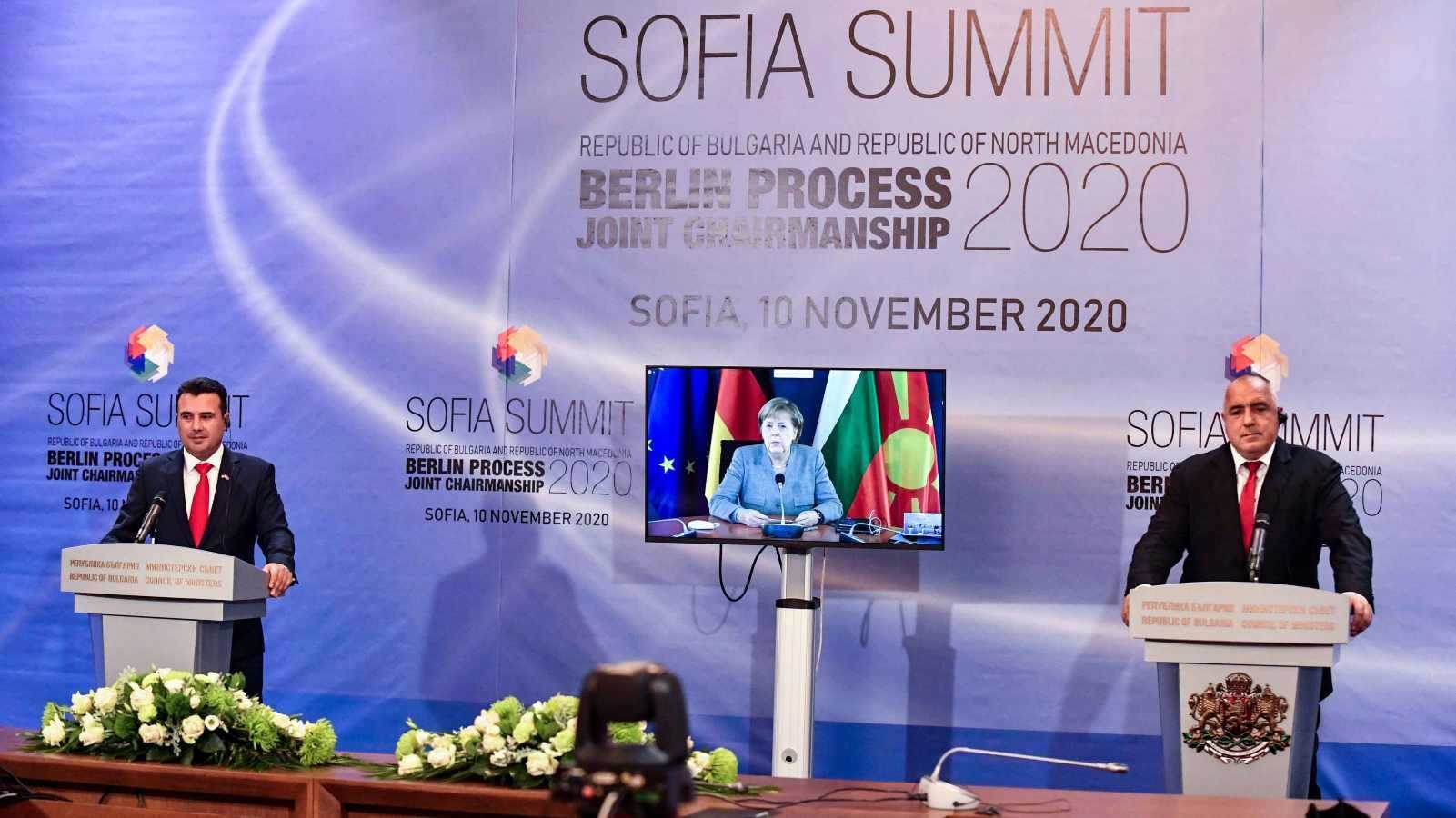 At a meeting of EU leaders, Bulgaria today blocked the start of North Macedonia’s accession talks over an arcane dispute concerning language and history. It’s a bad decision that could have lasting consequences.

“The Berlin Process and its progress always have something to do with reconciliation, with overcoming historical tensions, and that is why we naturally want this process to continue,” Merkel said. “You have to say ‘yes’ in the region, get along with each other. This is very important.”

Merkel was making a more general point, but her hosts were undoubtedly at the forefront of her mind as she delivered her remarks. The two leaders were trying to put a brave face on the fact that they had made no progress in solving an escalating row between their two countries, a row that today culminated in Bulgaria officially blocking the start of North Macedonia’s EU accession negotiations.

There are always a handful of disputes going on in the Western Balkans at any one time, but the one between Bulgaria and North Macedonia is arcane even by regional standards. At its core is a demand that North Macedonia, in the words of Foreign Minister Ekaterina Zaharieva, admit to its “Bulgarian roots”. Another sticking issue is the Macedonian language: Sofia views it as a regional variety of Bulgarian and instead refers to it as the “constitutional language of North Macedonia” in bilateral dealings. Ever since Greece endorsed “Macedonian” in the 2018 Prespa Agreement (an important concession that is often overlooked), Bulgarians have fretted that the EU would soon follow suit. Finally, Bulgarian authorities say they fear North Macedonia will push irredentism among a Macedonian minority in Bulgaria, an overstated claim given that under 1% of the 300,000-strong population of Pirin Macedonia (a region in Bulgaria’s southwestern corner) self-identifies that way.

To tackle these controversies about the past (which date back to the 1960s when Yugoslavia was still around), Skopje and Sofia set up a joint commission of historians. It is a key part of the Good Neighborliness and Friendship Treaty, signed in August 2017 on the anniversary of the 1903 Ilinden Uprising against the Ottomans, celebrated in both countries. But the commission turned out to be a battleground for rigid national narratives rather than a platform for productive dialogue. Putting historical issues at the center of state-to-state relations, coupled with Bulgaria’s stubborn insistence that Macedonians are simply all Bulgarians in denial, proved a recipe for disaster.

Needless to say, North Macedonia is not thrilled by Bulgarian bullying. The backlash against Bulgaria, a ubiquitous villain in the country’s schoolbooks, is strong. Having been kept at arm’s length by the EU by the so-called “name dispute” with Greece and, more recently, by Emmanuel Macron’s insistence on an overhaul of the accession process, Macedonians understandably feel resentful. Even Zaev and his deputy Nikola Dimitrov, both of whom have invested a great deal for improving ties with Sofia, had harsh words for their neighbors. The hope in Skopje is that influential EU states, first and foremost Germany, will intervene to put pressure on Borissov to help broker a solution. It is a non-trivial matter for Zaev, whose political legitimacy hinges on the promise he will bring North Macedonia closer to the EU. Back in October 2019, he decided to throw in the towel and call early elections following the French “non” to accession. His party won in the July 2020 polls, but just barely. To stay in power, Zaev has been forced to make significant concessions to the Albanian community, which along with the Prespa Agreement and the faltering rapprochement with Bulgaria, has turned him into a bête noire for many ethnic Macedonian nationalists.

Domestic politics is not auspicious on the Bulgarian side either. Borissov governs in coalition with United Patriots, a far-right bloc. His deputy, Defense Minister Krassimir Karakachanov, leads an outfit which, like North Macedonia’s principal opposition force VMRO-DPMNE, claims the legacy of the historic Internal Macedonian Revolutionary Organization. There is an election looming in March 2021. Karakachanov’s VMRO-Bulgarian National Movement risks not making it into parliament, and so he has every reason to flex his nationalist muscle in pursuit of political survival. The Bulgarian Socialist Party (BSP), Borissov’s main competitor, is also beating the patriotic drum. Parliament adopted a cross-party platform back in October spelling out a set of demands to Skopje.

The ball is in Borissov’s court. The Bulgarian Prime Minister is a streetwise politician known for being risk-averse. He has the unenviable task of pleasing the gallery back home while not antagonizing Germany’s Angela Merkel, who is personally invested in European enlargement in the Western Balkans. At the Sofia Summit last week, he clearly missed a final opportunity to work out a face-saving compromise that would allow North Macedonia to proceed on to accession talks. A German non-paper had been circulated offering creative solutions.

Today’s block is not the end of the story. Talks will continue and pressure from Berlin will increase. After the March 2021 Bulgarian elections and the inevitable reshuffle of the governing coalition, there will perhaps be greater room for maneuver. Whether Zaev will still be there in Skopje by then, however, is an open question.

In the meantime, nationalism and grievance will fester. For this, Bulgaria will bear the main responsibility. 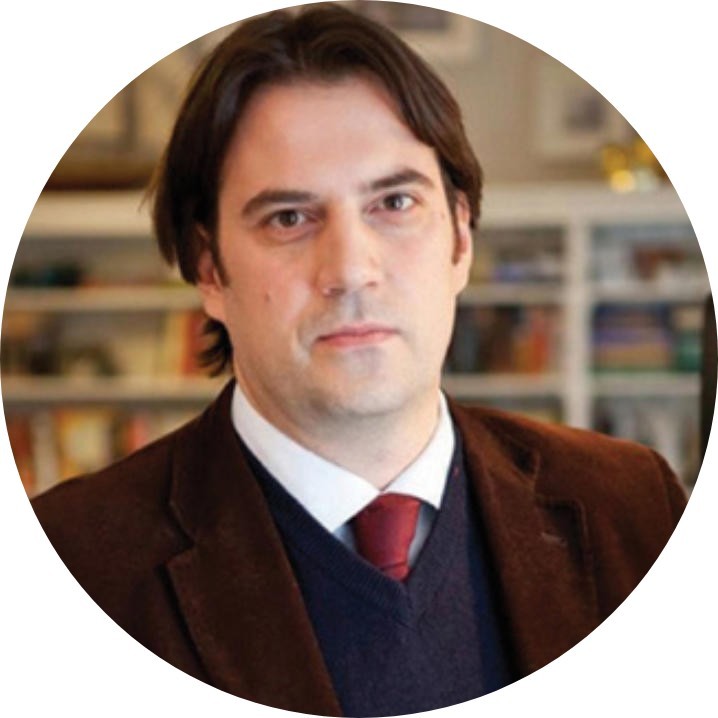