Big Macs in the Time of Yeltsin

How McDonald’s Opened Russia to the West As a Westerner, my nerves suffered a lot more than my stomach as I observed the slow collapse of the communist experiment. I could buy provisions in the hard-currency shops (off-limits to most locals). In the Intourist Hotel Lietuva in Vilnius, a dank, dollars-only bar was the only […] 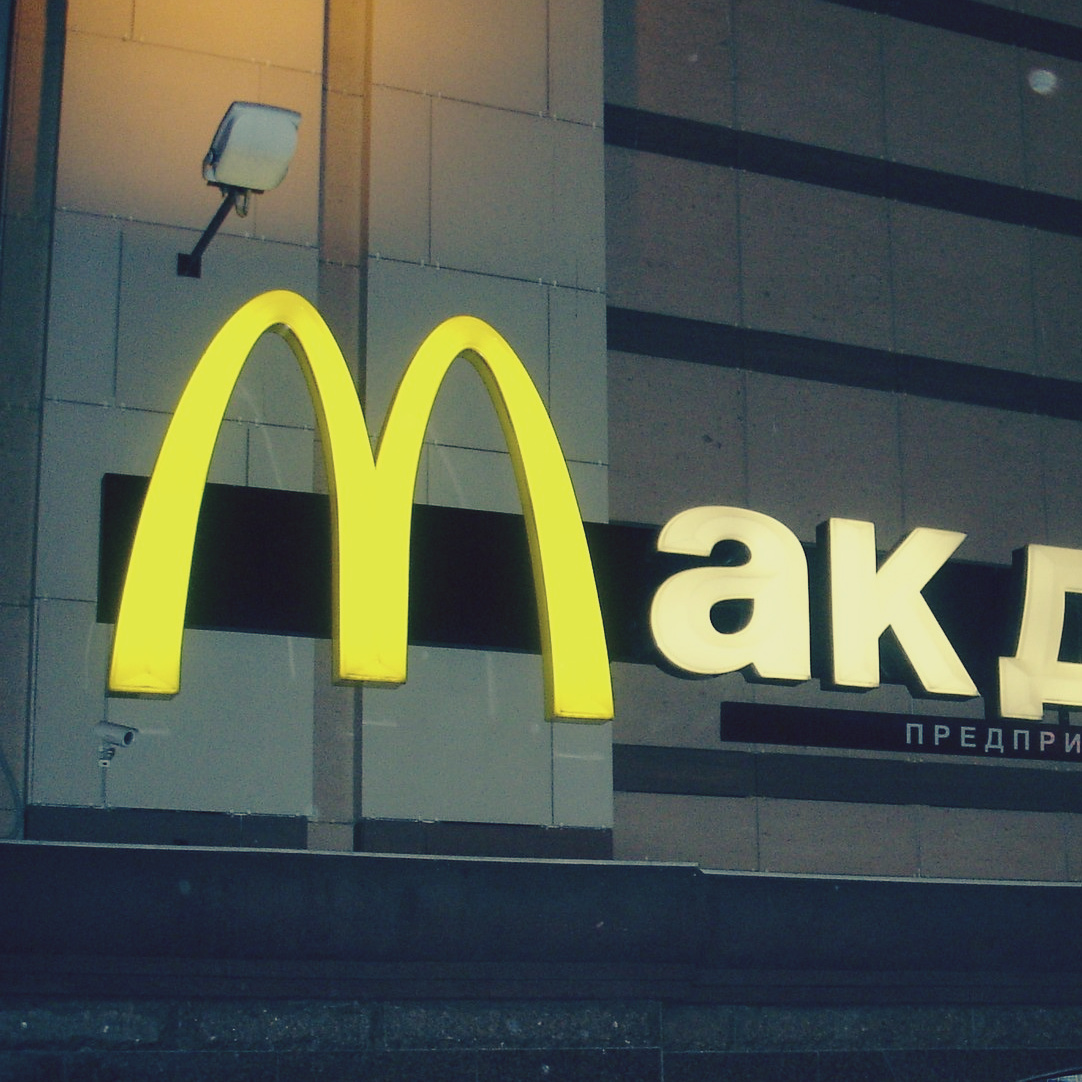 How McDonald’s Opened Russia to the West

As a Westerner, my nerves suffered a lot more than my stomach as I observed the slow collapse of the communist experiment. I could buy provisions in the hard-currency shops (off-limits to most locals). In the Intourist Hotel Lietuva in Vilnius, a dank, dollars-only bar was the only place in the capital of occupied Lithuania where you could eat without queuing. The menu was limited. “Beef-Pork-Chicken-Chips-Salad-Ice Cream” the waiter would intone. We soon ran through the obvious combinations, and then all other ones.

Passing through Moscow in 1990, I gazed at the newly opened McDonald’s on Pushkin Square. True, people were queuing for hours, thousands of them. But what awaited them was something that for decades had not been available anywhere between West Berlin and Japan: nutritious, modestly-priced food, prepared hygienically, served efficiently—and with a smile. The contrast between the surly, gristly, greasy experience of Soviet mass catering (I would not call it “fast” food) was stunning. True, prices were high by the impoverished standards of 1990. But Russians and other inmates of the Soviet prison knew that what to them was a gourmet restaurant was habitually affordable for their counterparts in the supposedly decadent and failing capitalist West. The fragrant bun, the crisp salad, the savory meat patty, the clean surfaces, and the brightly decorated restaurant all highlighted the failure of the Soviet system to meet consumers’ humblest desires. The results were poignant. Customers would save the cups and cartons, carefully cleaning them to use at home.

I almost never ate at McDonald’s in the West (I had spent some weeks in my youth frying burgers in a badly run joint in Oxford). But in what soon became the ex-Soviet empire, I was a huge fan. Along with other Western multinationals, McDonald’s did not just make life nicer for consumers. They were envoys of a new civilization.

I spent much of the 1990s writing about the transformative effect of foreign business in the ex-communist world. My former colleague, Charles Paul Lewis, even wrote an excellent, anecdote-packed book about it, called “How the East Was Won.” One big change was to the supply chain. McDonald’s wanted to buy its food locally. But in the beginning, no Soviet collective farm or slaughterhouse could meet the firm’s standards for quality and reliability. Changing that required enormous efforts in educating and training people whose careers had been spent pleasing bureaucrats but not customers.

Efficiency was a novelty too. Western managers who took over existing Soviet-style enterprises encountered interesting quirks: my favorite, from a television factory in Poland, was fire extinguishers that needed to be replaced with surprising frequency, because they were being used to cool vodka.

At the heart of the change were human relations. In the Soviet system, a boss was someone who sat in a big office and shouted at his inferiors and cringed to his superiors. Information was hoarded, not shared. Western-style management, with habits such as communication, attention to detail, and accountability for performance, was a novelty. McDonald’s (and soon Pizza Hut) trained thousands of people in the new ways: they were the shock troops of the new economy. Rules were rules: I remember a thuggish man in a tracksuit barging to the front of a queue in Moscow, waving a high-denomination rouble note and saying “Miss – just give me bun, neformalno [off the books].” I have never forgotten her withering glance.

Most importantly, competition flourished. Millions of people now choose whatever fast food they want. Amid the wrenching upheavals of the 1990s, and everything that followed, the 30th anniversary of the Moscow McDonald’s is still something to celebrate.