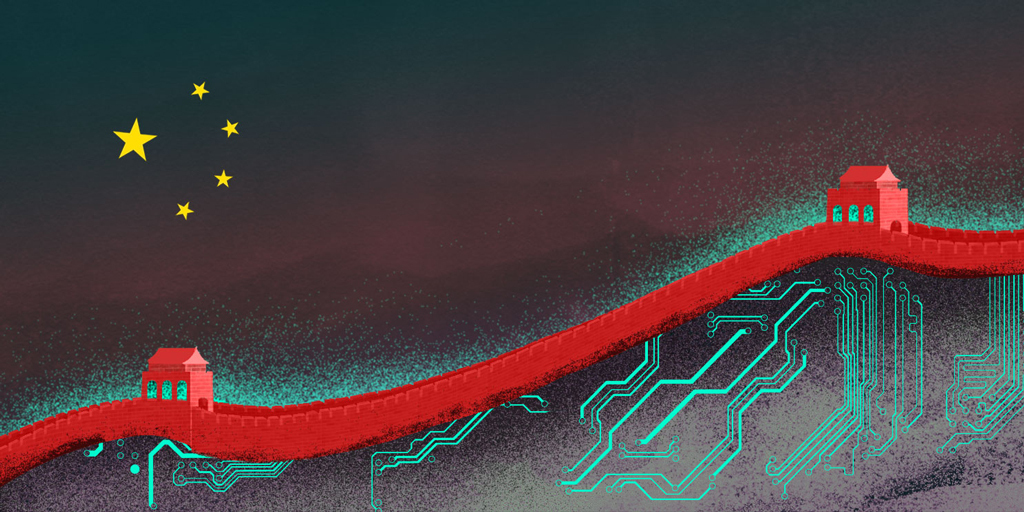 This newsletter complements our work on China’s growing political and economic influence across Central and Eastern Europe, and it is the result of our new collaboration with Coda Story. Edited by Edward Lucas, China Influence Monitor will land in your mailbox every Thursday.

Scroll down for the inaugural edition. Please subscribe and help us spread the word. And as always: we want your feedback, questions, and thoughts. Please keep them coming.

Hello, and welcome to the inaugural edition of China Influence Monitor, a collaboration between CEPA and Coda Story. I’m Edward Lucas, the curator of this weekly newsletter tracking how Chinese policy and influence is affecting politics, the economy, and alliances across Russia and into Europe — and what that means for the world.

Huawei is in trouble. In Britain the annual report from a government cybersecurity watchdog that monitors Huawei’s products highlighted a “nationally significant” security flaw in its increasingly error-strewn software. The carefully worded report said that officials did not believe the vulnerability had actually been exploited, nor were the defects the “result of Chinese state interference.” But it noted that an attacker with knowledge of the many vulnerabilities in Huawei’s systems could sabotage UK networks.

Who benefits? Huawei’s competitors are licking their lips. Samsung is forging ahead, the FT reports, though it complains that Huawei’s below-cost bids “do not seem to make sense.” In Britain, Nokia has clinched a deal with BT to replace the Chinese-made equipment in existing networks by the new 2027 deadline, and build out 5G. Earlier the British telecoms giant chose the other Nordic telecoms provider, Ericsson, to replace Huawei equipment elsewhere in its network. Germany’s draft legislation excludes providers “structurally bound up in a questionable political system,” a move that drew praise from the US. Slovakia’s main security conference, GlobSec, has (belatedly, some might say) dumped Huawei as a sponsor, after pressure from the country’s president Zuzana Čaputová and EU commission vice-president Věra Jourová.

But Huawei is down, not out. In Kazakhstan, a drooling Forbes article praises its “reality-changing” technology. The company has opened an “innovation center” in Serbia (though that country’s US-backed deal with Kosovo seems to exclude either party using equipment from “untrusted vendors”). And a plethora EU’s cyber-celebs are speaking at a “European Security Summit” where the sponsors include, er, Huawei.

Suck it up. It looks like the Chinese Communist Party has decided to forgive the Czech Republic for its taboo-breaking visit to Taiwan by a delegation headed by the Speaker of the Senate, Miloš Vystrčil. A commentary in Global Times praised the Czech government’s reaffirmation of the “one-China” policy which it said had “soothed” the “bruised relations,” amid many snorts about the “unwise”, “unwarranted” and “unauthorized” visit, “short-term petty favors”, “dangerous interactions” and “desperate enticements”. Showing a certain level of misunderstanding about how democracies work, Cui Hongjian of the China Institute of International Studies said that the Czech government should use its “diplomatic power” to “redefine the rules and frameworks governing the conduct of its officials”. Good luck with that — more Czech visits to Taiwan are planned for next year.

The Vatican’s spineless attitude towards mainland China continues. Cardinal Joseph Zen of Hong Kong has returned home after failing to meet the Pope. The 88-year-old spiritual leader travelled to Rome seeking a half-hour meeting with the pontiff to urge him to appoint a new bishop in Hong Kong. The Vatican dumped the leading candidate, Joseph Ha, who was seen as too close to the territory’s pro-democracy movement.

Mischief on Svalbard. Norway’s intelligence service has complained about Chinese activity on the remote Arctic territory, where officials nixed a big land purchase five years ago. Fears are growing that China may try to buy the local branch of the Hurtigruten shipping company, whose business has been hard-hit by the pandemic. Under the Svalbard treaty, the Norwegian government is not allowed to block foreign investment. China has had a polar research station on the archipelago since 2003.

Why it matters. China is interested in the “Polar Silk Road” and has targeted Norway for bullying after the Oslo-based Nobel Committee awarded the Peace Prize to the late democracy campaigner and Chinese dissident Liu Xiaobo. Norway is angling for a free-trade deal with China to boost its fish exports. A blind eye on Svalbard might be part of the deal.

And finally: a survey by Pew Research finds attitudes in 14 big democracies toward China reaching historic lows. But in most countries, negative views of President Donald Trump are even worse than opinions about Xi Jinping.

What we’re reading. A Bertelsmann foundation study shows that nearly half (46%) of Chinese investment in the EU and a third of EU investment in China would fail to meet (rather lax) security and ethical criteria.

Where we’re going (virtually) — this conference next week organized by the Prague-based Sinopsis is a don’t miss.

Thank you for reading, and make sure to sign up if you want to receive China Influence Monitor every week.