A Common Digital Diagnosis, but No Common Treatment

While the US and EU agree on reigning in Big Tech, they are moving ahead at different speeds, creating the danger of a transatlantic digital traffic accident. 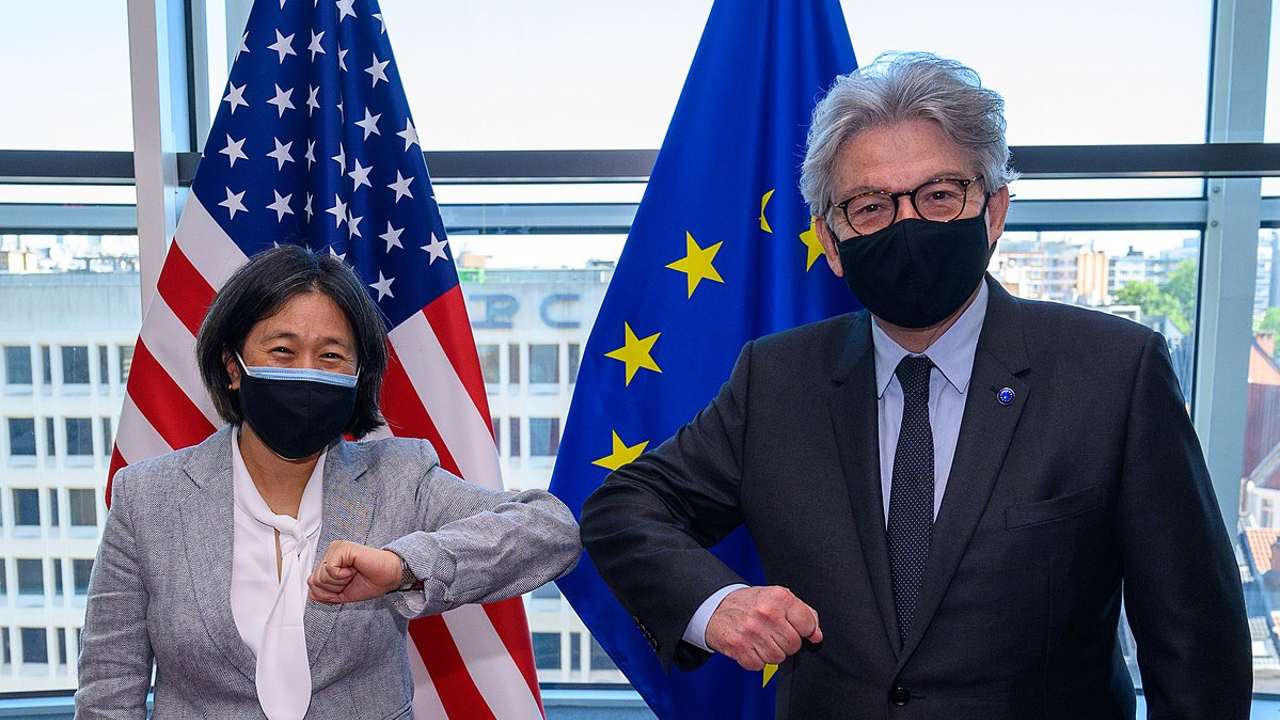 While the US and EU agree on reigning in Big Tech, they are moving ahead at different speeds, creating the danger of a transatlantic digital traffic accident.

Policymakers on both sides of the Atlantic believe that regulations written when the Internet was in its infancy must be updated. They agree that powerful Internet platforms must assume additional responsibilities to fight illegal content. And they have pledged to work together to set a democratic digital agenda in a just-launched Trade and Technology Council.

But because the US and Europe are moving at different speeds, it’s hard to see how they will work together. Europe is racing ahead, finishing up the legislative process for two giant pieces of legislation, the Digital Markets Act (DMA) and the Digital Services Act (DSA). Even though a Senate committee recently agreed on a new Big Tech antitrust proposal, it is far from certain to become law. In the meantime, American action will be limited to classic anti-trust enforcement.

Europe’s new rules promise to impose tough restrictions on so-called “gatekeepers.” Under the DMA, it will no longer be necessary to prove that big platforms such as Facebook or Google have engaged in anticompetitive behavior. Regulators will be able to prohibit practices based on how they think markets will evolve in the future. Gatekeepers will be banned from favoring their own content and making most acquisitions. They could be forced to make their platforms interoperable with competitors.

Brexit UK, somewhat surprisingly, is siding with Europe. Despite predictions that London would adopt US-style policies once freed from the European Union, it has created a Digital Markets Unit that imposes prohibitions to prevent ‘winner takes all’ network-effect dynamics. Under the new rules, London already has ordered Facebook to sell GIF platform Giphy, even though Giphy has no revenue.

What explains the transatlantic divergence? In large part, it seems to be a simple question of size. The US tech industry dwarfs Europe’s and the US is home to almost all the companies are targeted in the European regulatory crackdown. According to CompTIA, in 2022, Facebook, Amazon, Apple, Microsoft, Google, and Netflix are worth approximately $6 trillion. Europe’s tech companies as a whole are worth about 30% of any one of the Big Four American firms. SAP, by far the largest European technology corporation, is worth around 14% of Amazon or Microsoft.

European policymakers insist that their tech crackdown is not directed against the US. Most of the companies complaining about US Big Tech are small American rivals, notes European Commissioner Thierry Breton. If European companies grow big enough, they will face the same rules.

Breton and other European policymakers want to encourage Europe to produce its own tech giants by sketching out plans for “digital sovereignty.” But their definition of this sovereignty remains unclear. Does it mean just boosting European capabilities in areas from electric car batters to semiconductors to cloud computing? Does it mean imposing European “standards” on privacy and human rights on digital services?  Or does it mean building protectionist walls to allow European tech minnows to grow? It probably means a confusing mixture of all three motivations.

As European intentions clarify, US opposition is bound to mount and so are transatlantic tensions. After Commerce Secretary Gina Raimondo criticized the soon-to-be enacted gatekeeper rules as discriminatory, Commissioner Breton responded with “outrage.”

The US needs to stop just complaining, however. Europe has set the regulatory agenda and will continue to do so unless Washington offers reasonable alternatives. An American-led regulatory approach could find favor with other democracies, particularly in Asia with Japan, South Korea, and Taiwan. If the US would reform its surveillance rules, which European courts claim violate privacy, much of the tension over transatlantic data flows would evaporate.

This doesn’t mean US policymakers should rush to regulate for the sake of political expediency. They should take their time to do a proper assessment of the tech sector. Democrats and Republicans may agree that Big Tech is dangerous, but don’t agree why. For Democrats, it’s the anticompetitive impact. For Republicans, it’s their supposed anti-conservative bias. And few in Washington are willing to contemplate curbing America’s spymasters to please European privacy activists.

But the EU needs to slow down. It is rushing ahead, hoping to consolidate its position as the globe’s preeminent tech regulator. It may achieve this goal while hurting itself.

If Europe wants to compete, it cannot shut itself off from the world’s most efficient and economical semiconductors or cloud computing services. Imagine if European start-ups cannot use Amazon’s cloud but are instead forced to host data at much more expensive and less functional European alternatives. Imagine if Europe hobbles artificial intelligence programming with bureaucratic paperwork. Most promising startups — and Europe has many — would just move across the Atlantic. Only US Big Tech that Europe wants to corral would be able to comply.

The upshot could be new transatlantic digital battles instead of a digital alliance. It’s imperative that Washington make concrete proposals for reform while Brussels tones down its anti-American digital sovereignty crusade. Both sides would benefit.